Klik for at se vores kommende events og foredrag her

The term got its use in the Victorian era where media held meetings - or seances - to make contact with the dead.

How does a seance take place
A session usually takes place in a closed room, quite dark or slightly darkened.  The medium is center for this session, and the guests just spectators.
The medium will go into a trance, an altered state of mind.  During this change, the medium will pass messages between the spirits and the living. The medium and spectators can sit in a circle and hold hands around a table. This picture is probably best known.
However, in recent times, it is customary that the medium moves around, while the crowd sit in rows in a "lectural manner". This communication is two-way, and there can also be paranormal phenomena: Levitation, materialization and apparitions. This is contrary to "clairvoyance meetings", that only work in one-way.

Does this mean that there is a spirit world?
The trance state is quite real and can be measured. Experiments have been made, which clearly shows that the brain activity of the medium is dramatically changed into a kind of dream-like state. One can discuss whether the medium has lively daydreams or is in a state which can be coupled to another presence. 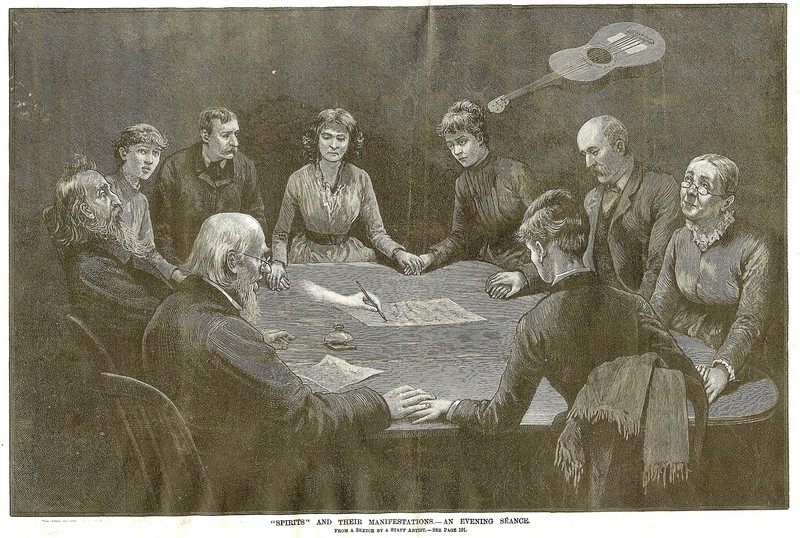